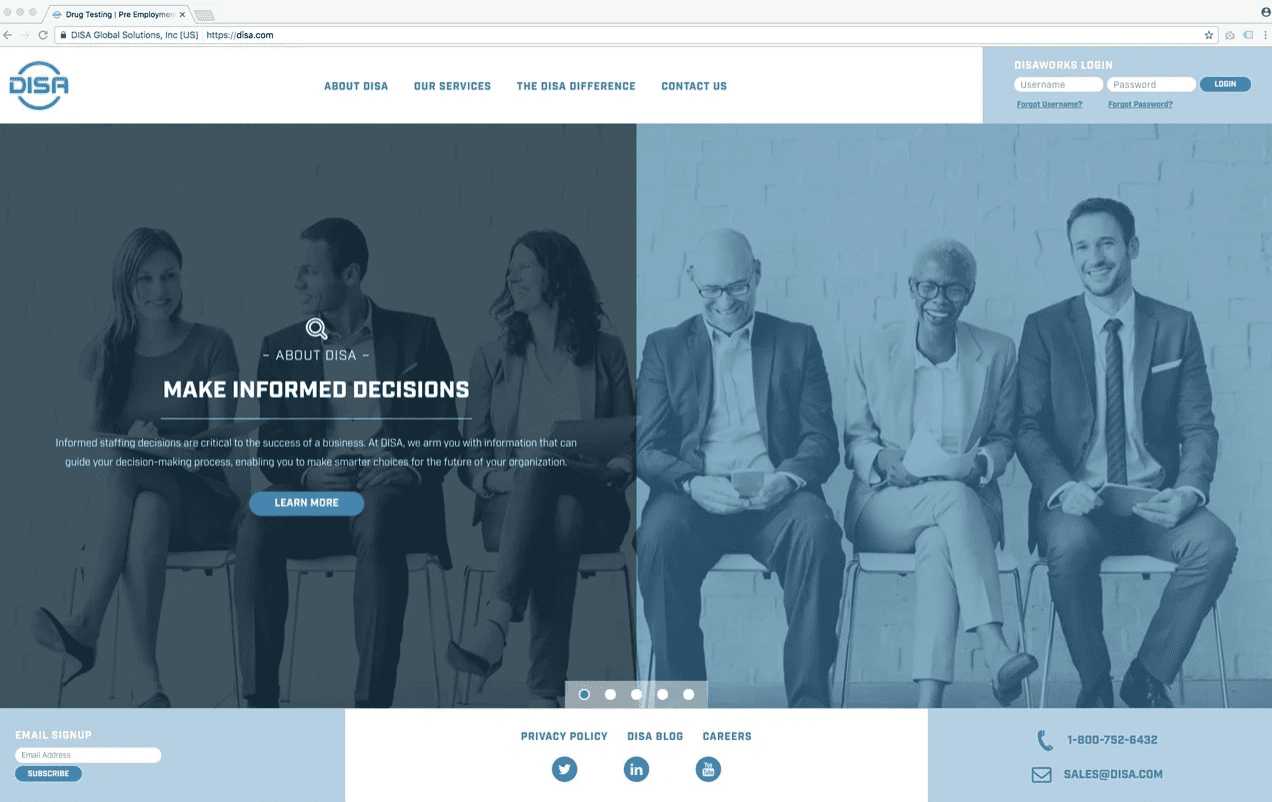 With nearly unlimited access to data relevant to consumer decision-making and purchasing, it’s easy to forget that decisions tend to be made emotionally, based on a perceived alignment of beliefs between a consumer and a company. We don’t let our clients forget it, though—when an organization is aligned appropriately behind a belief, that belief becomes its most valuable asset. We don’t fabricate beliefs for our clients; they are inherent in an organization, and we simply draw them out to allow our clients to align behind a purpose, not a product.

DISA, a compliance and employee screening company, recognized that if they wanted to achieve their sales growth goals, they needed to couch testing and screening within more valuable context. DISA no longer leads with the ‘whats’ and the ‘hows’ of their business—not because they’re wrong or invaluable, but because they’re not as emotionally engaging as the belief that we helped DISA define. After taking them through our brand design process, we realized a core belief that could speak to the real needs of their customers: DISA believes in informed decisions.

Belief articulation is a first step, but the most successful companies have one thing in common: alignment behind their belief. For DISA, that means ensuring that every link in the organization’s chain, from sales teams to account reps to data entry clerks, is aligned with DISA’s belief before they start each work day. And when belief is built into every level of an organization, engaged consumers inevitably follow.