Louisiana’s in-state messaging has traditionally been limited to public service announcements touting the importance of tourism to the State’s economy. That was the case until Fall 2019 and the launch of the Staycation campaign that focused on driving intrastate travel by Louisiana residents. This was not only in place of taking trips out of state, but in addition to it, as there are not nearly as many weekends lost to Florida as there are weekends lost to doing nothing. Staycation had the potential to increase visits and spend into tourism-related businesses throughout the state. We just had to motivate residents across Louisiana to “Stay In This Weekend.” And mobilize they did…

Four months after launch, the effort ran into a global pandemic, but not before leaving a mark of its own. At 59% of our planned spend, we had already accomplished 91% of our predicted landing page sessions. The messaging garnered one of our highest average click-through rates (.47%, well above industry standards). We paid under $1 to get residents to a landing page where they browsed for inspirational travel ideas or downloaded road trip itineraries—all of which were more enticing than another weekend of yardwork and television. We mapped out turnkey itineraries for driving tours focused on food, music, entertainment and random points to discover along the way. This turnkey approach was designed not only to make it easier to plan and execute a road trip, but also for analytics to indicate if intrastate travel corresponded with parishes featured in our itineraries (rather than visitation to those parishes simply growing organically). Through advanced analytics rolled out during the last few years, we were able to monitor devices (mobile phones, tablets, laptops) that were either exposed to, or unexposed to, campaign messaging. In doing so, we tracked, in real time, in-state overnight trips, and we could see the parishes where staycations originated and the parishes that were traveled to. Bringing deeper analytics and insight to the impact of Staycation, we compared intrastate travel for the same time period one year prior to determine the incremental increase in staycations, where they originated and where they visited.

We are no more taking credit for the entirety of this increase than we take credit for the entirety of DK Shifflet-reported annual increases. But the correlation between our campaign analytics and what actually took place is inarguable. There were decidedly more in-state overnight visits between December and February 2020 than there were in the year prior. And the spikes in origination and destination match the geography of sessions and unique users from our paid media campaign. By all accounts, the concept proved effective, and further testing should reveal seasonality and/or additional itinerary opportunities in front of us.

We typically use television and radio to augment digital marketing buys out-of-state. The Staycation campaign used a targeting approach that concentrated digital media to our most likely travelers while cable and radio blanketed the state with a related message. This allowed us to make the investment work harder by having a broadly targeted aerial coverage (i.e., cable & radio) that preceded a highly targeted digital effort, which increased the effectiveness of our most measurable units. The paid media strategy created tiers of audience segments, based on factors like interest, pre-existing desire to explore, motivation and affinity for Louisiana attributes. By aligning audience tiers with media channels, the media strategy maximized the effectiveness of the investment as a whole.

A PLAN, NOT AN OVERPROMISE

The strategy of Staycation was designed to NOT let residents take Louisiana for granted. It wasn’t about showing residents exactly what to go and try. It was more about showing them how easy it was to go and do. Maybe they wouldn’t follow our suggested itineraries exactly as written, but liking the idea enough to get out there this weekend meant that they finally headed off to catch a sac-au-lait in the basin (although we now have an itinerary for that, too!). With Staycation discovery, memories and stories become a habit, not an exception. Besides the positive analytics, the goal is that our answers to “What did you do this weekend?” go from sensationalizing yardwork to the recounting of experiences that can barely be recounted because, “you just have to go…”

One of the primary desires of the experiential traveler is to “do what the locals do.” This content developed by locals for locals is gold to the out-of-state visitors we attract. We link our primary Spring and Fall campaign landing pages to the Staycation page, saying, “Travel like a local.” There, they can find the non-mainstream activities, attractions, festivals, events and experiences that Lonely Planet and Fodor’s miss. This is another means of putting out-of-state visitors directly into smaller communities. They want these experiences as much as our resident explorers do! 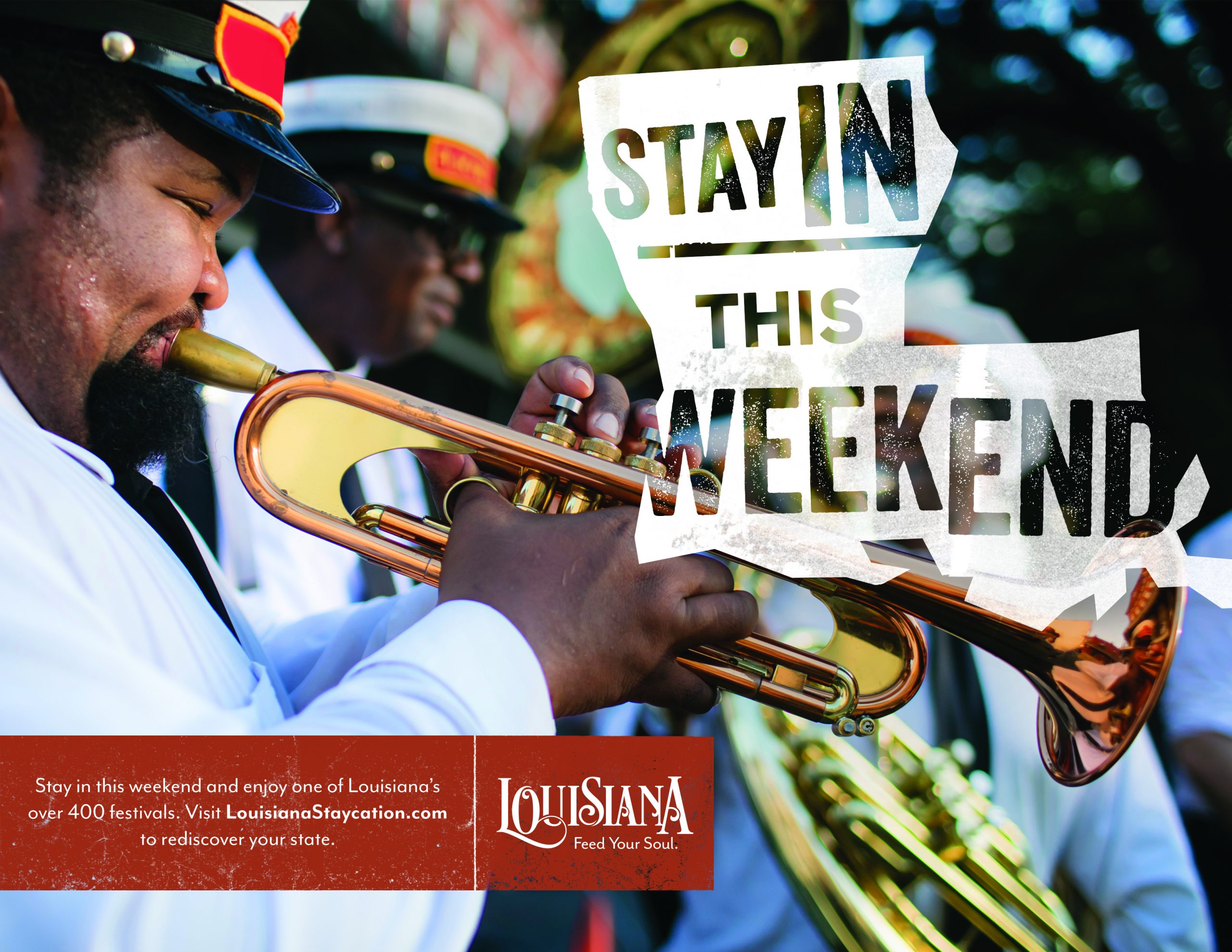 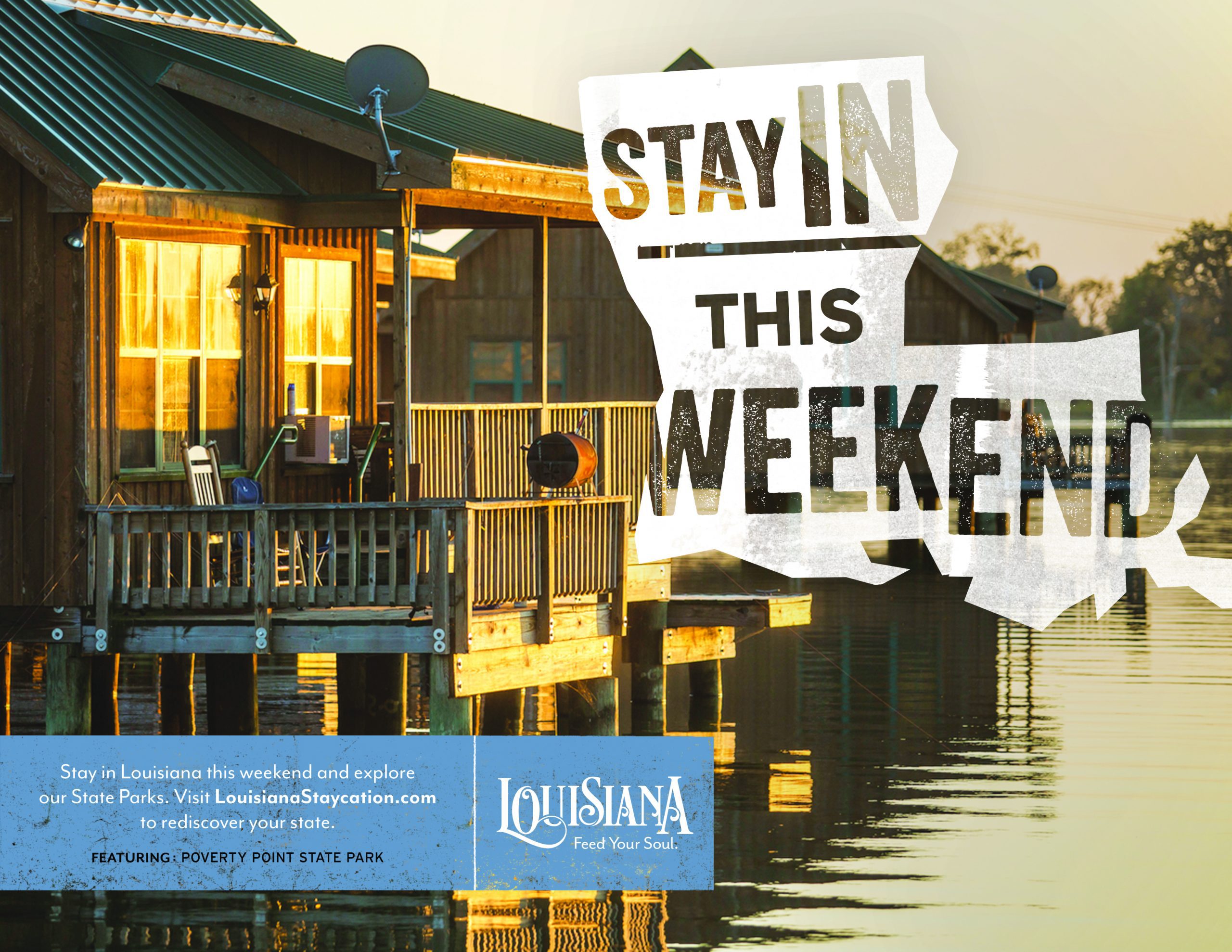